Who is he? He's a schnitzel-cooking, wrap-rolling, gut-filling, disher-outer of sweet times. That's who. He's a man with a simple but noble mission; to give the people what they want- and the people want schnitzel.

Harry takes his schnitzeling mighty serious. From the way he prepares the chicken to the way he presses it in the flour, from selecting the best cotton-seed oil to bringing it to the perfect cooking temperature. The result is a schnitzel so light, so golden, so flavoursome that you'll look at it in a way that invites strangers to walk up to you and say, "get a room".

To show he's committed to taking the schnitzel to the people, he's just pulled the tarp off a rad LA-style food truck. You'll see the Harrys truck cruising around Newcastle serving up chicken the way nature intended. 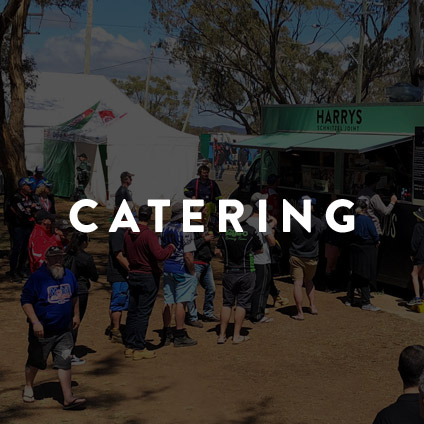 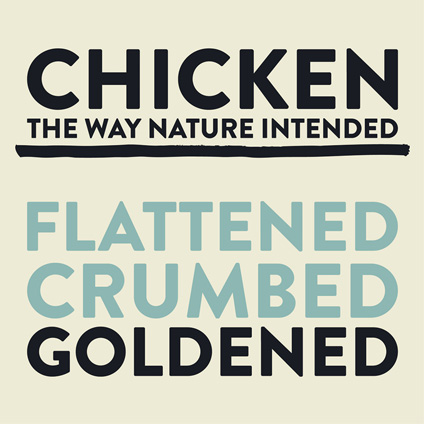 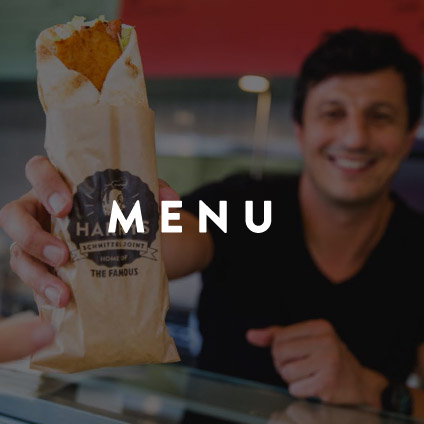 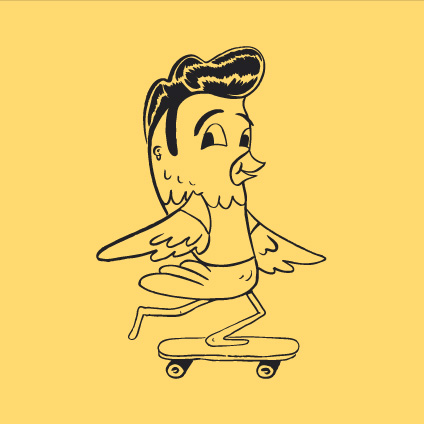 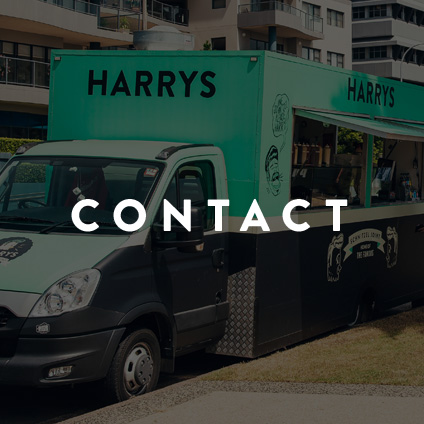 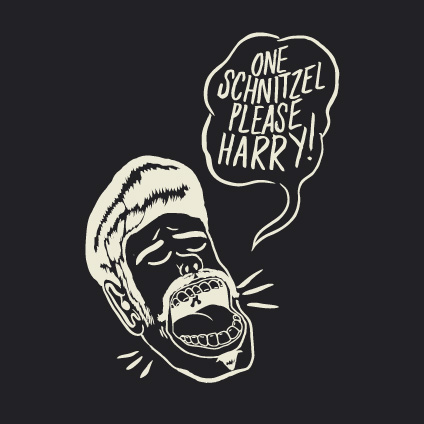 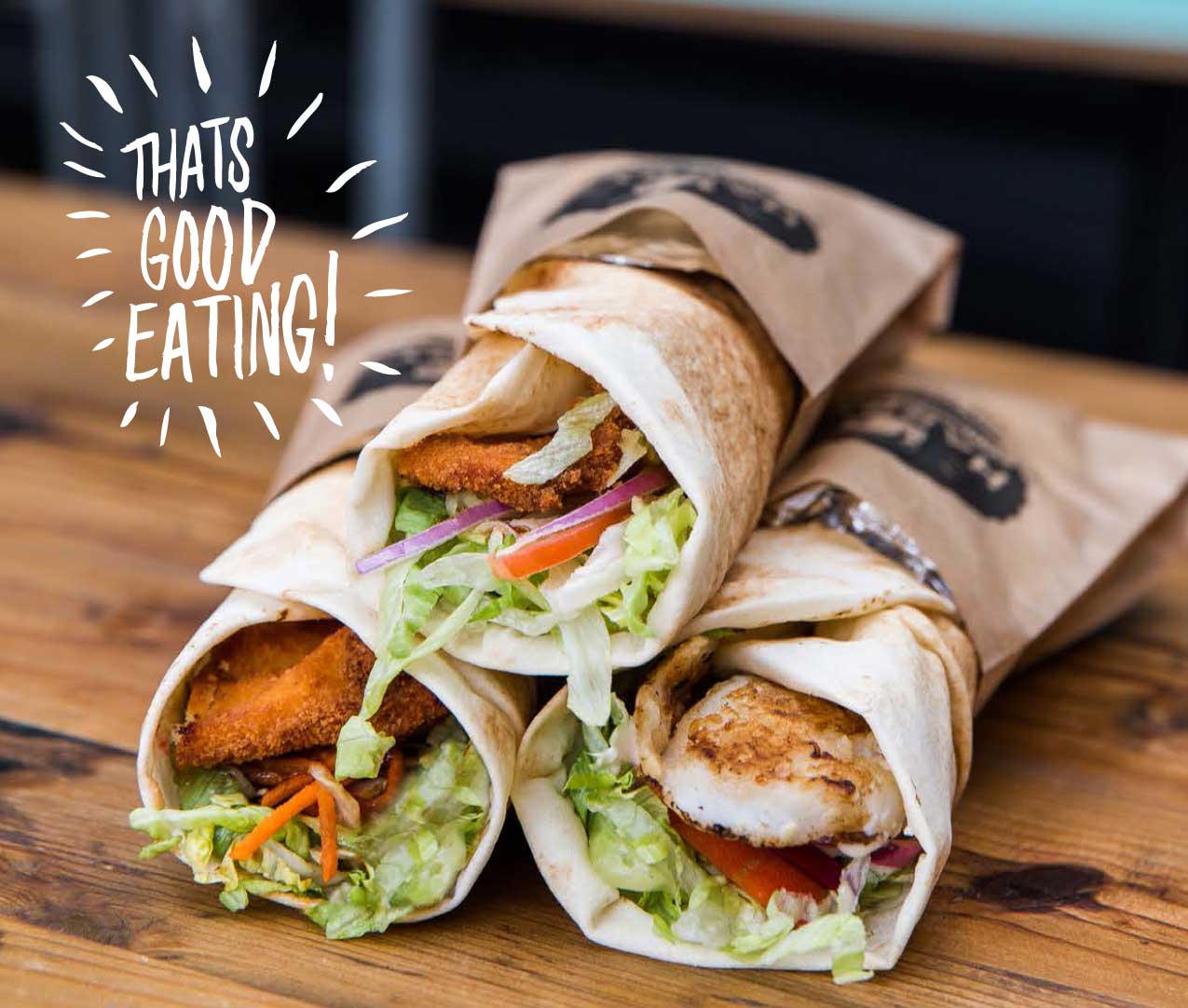 Just want to say that this experience and food at the wedding was fantastic. Harry could not have done enough, and made my daughters wedding a success. I will be telling everyone about Harry's food truck and recommend to everyone. I never had to worry about the food and the guests loved it. Thank you so much from the bottom of our hearts. Joanne & Glen

One size. Harrys taken the drama out of deciding

Nothing but you and your schnitzel 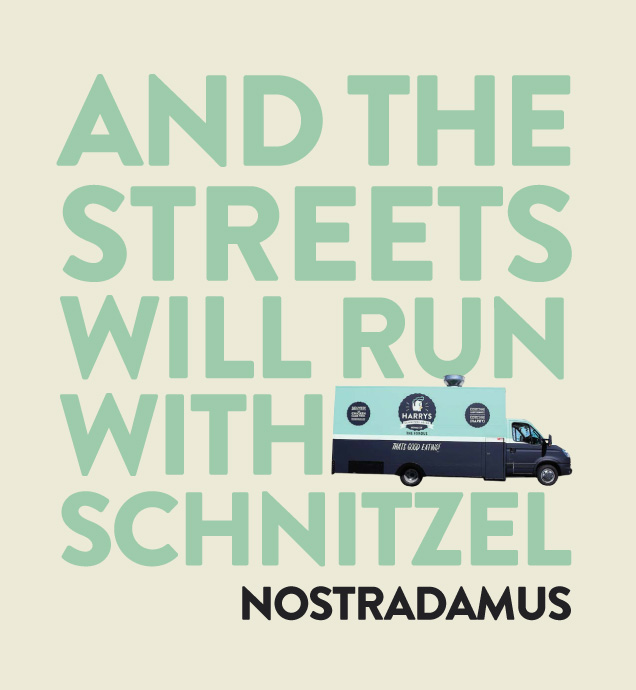 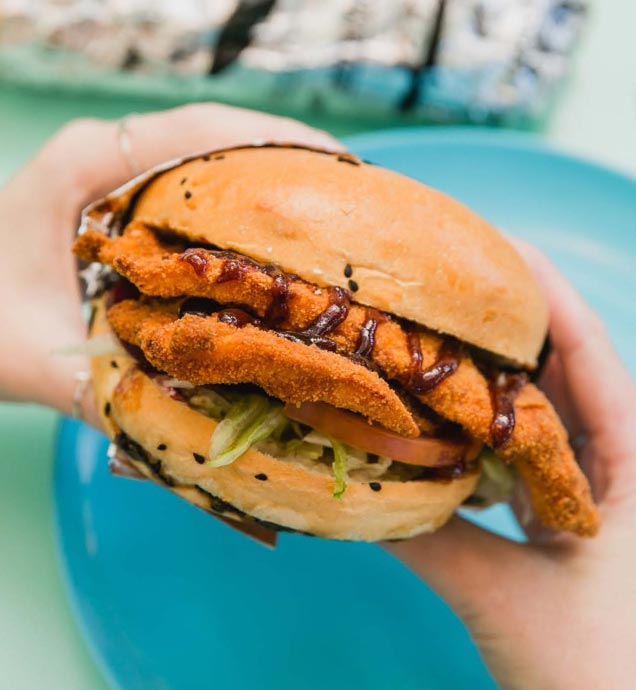 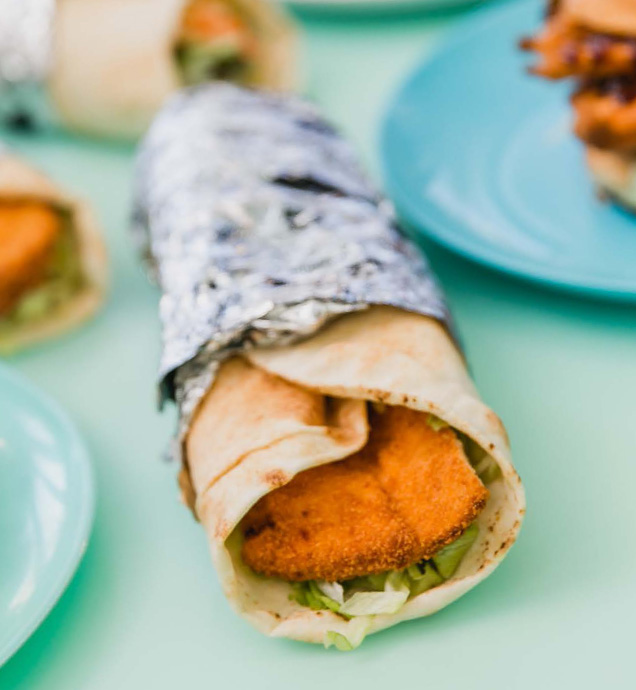 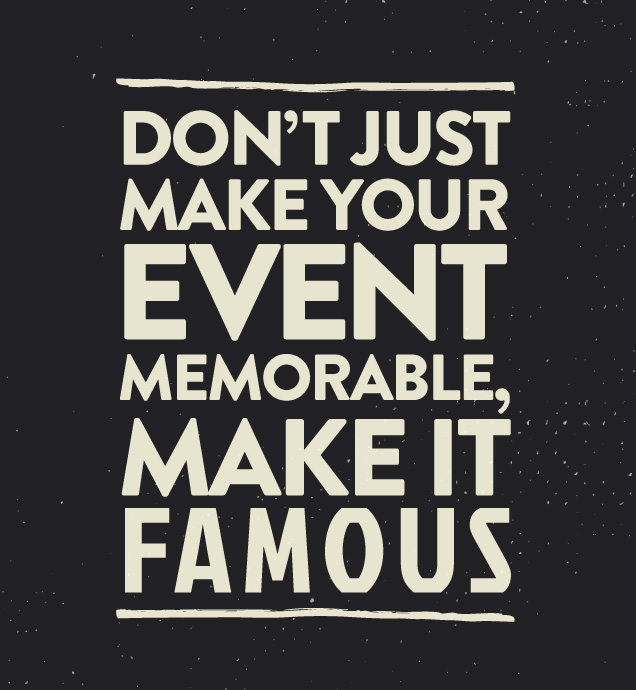 Got an event coming up that's seriously lacking some schnitzel? Need an expert to feed your guests only the finest, most golden schnitzels in town? Harry's got you covered. Harrys food truck Schneddie caters for all kinds of events ranging from weddings and private parties to corporate events.

Download our food truck catering menu for a sneak peek and get in touch below! 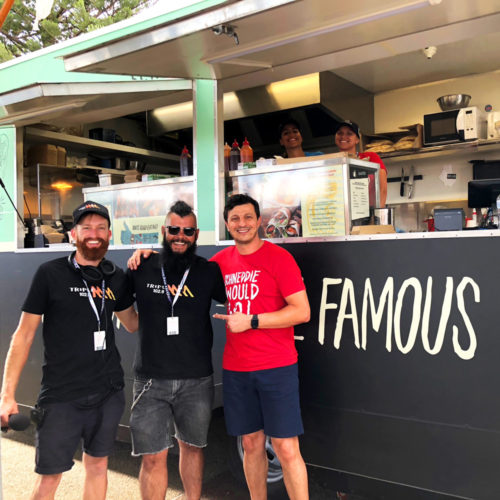 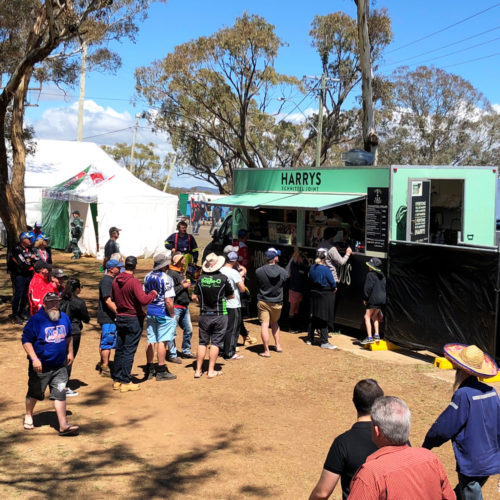 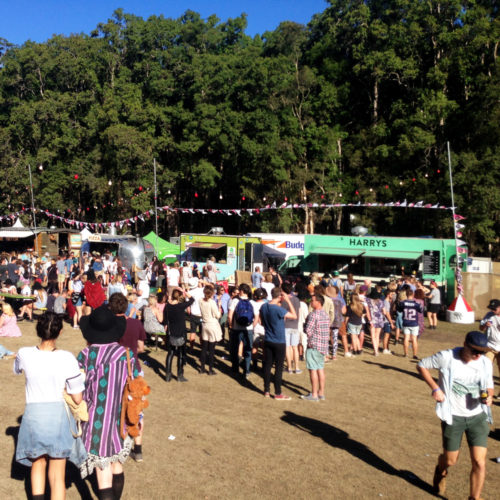 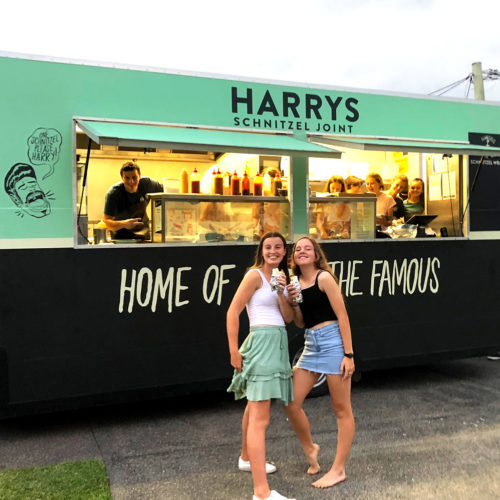 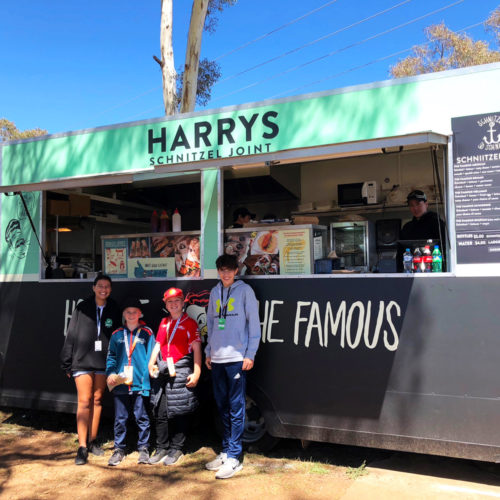 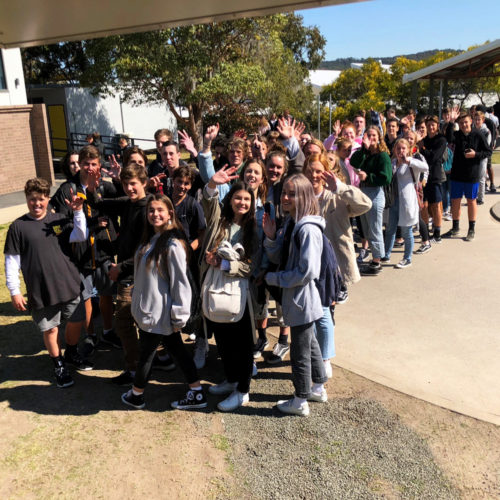 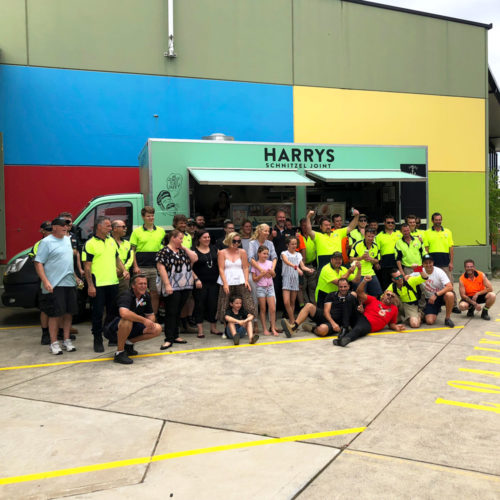 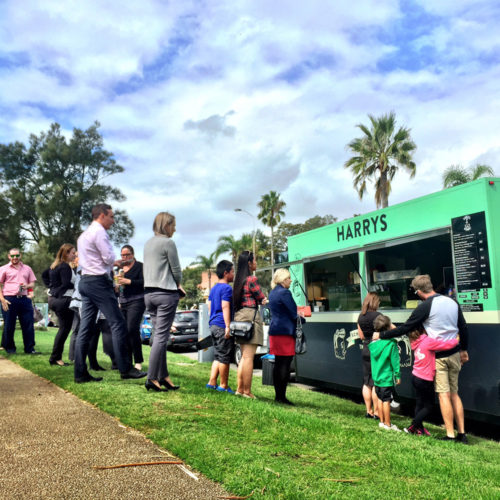 Nothing makes an event like schnitzel and Harry's making it happen people. Harry, his sweet LA style food truck and his famous schnitzel wrap are ready to make your event rad or if you'd prefer, totally rad.

If you'd like Harrys at your event, fill out your details and shoot us a message! 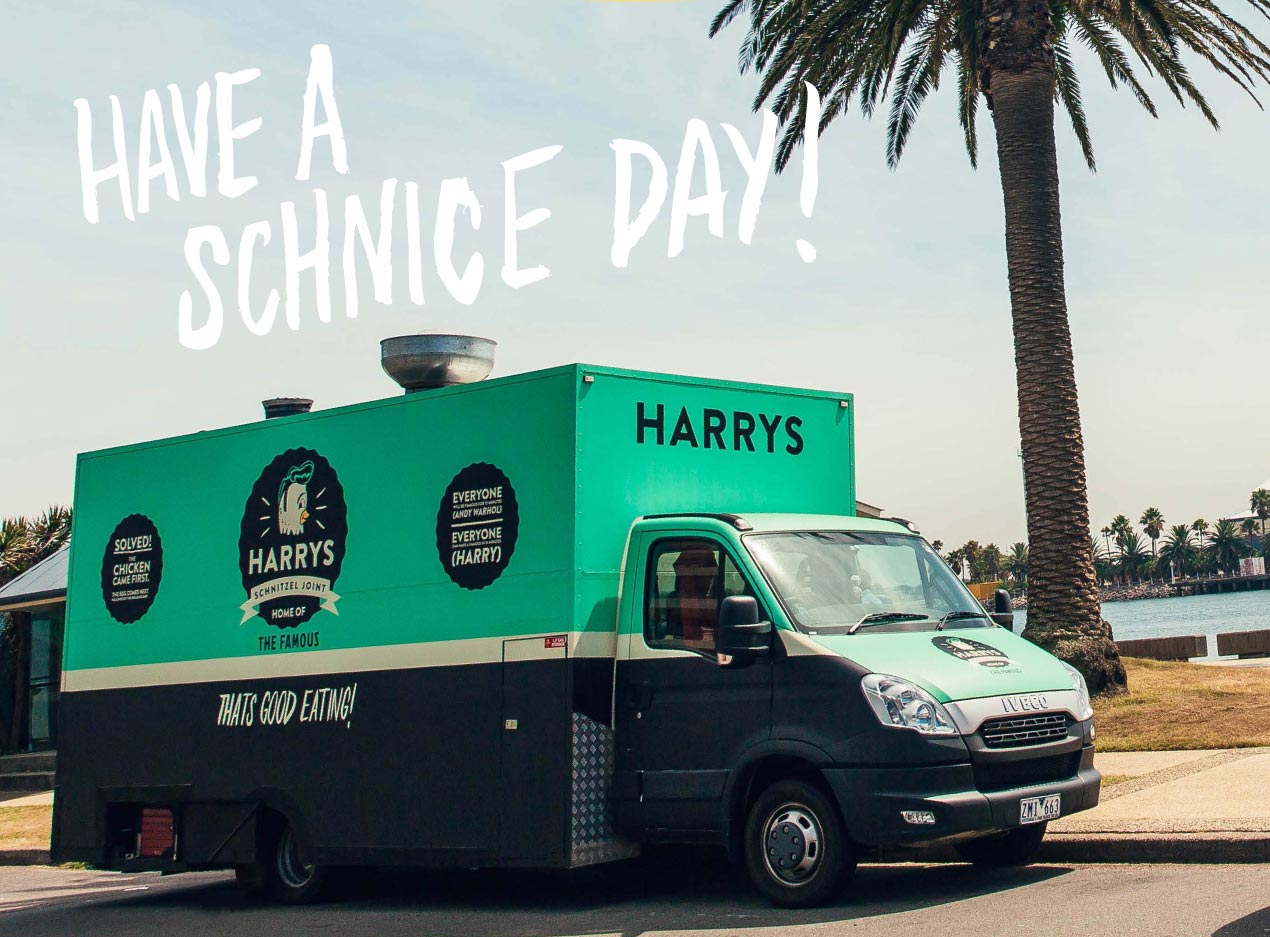